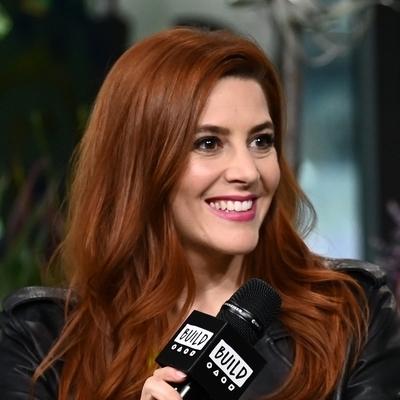 A versatile strategist and producer, Rebecca Feferman brings over 20 years of expertise in content, business development, and brand management. As Founder of The FefCo, Feferman offers high-level consulting at the intersection of sports, entertainment and culture for clients like Katie Nolan, Spurs Sports & Entertainment, and MSG Networks among others.

Rebecca recently produced her first feature film, Running with Beto, a documentary following Beto O'Rourke behind the scenes of his breakaway campaign to unseat Ted Cruz in the US Senate. With intimate access to the candidate, his family and team, the documentary captures Beto's rise from a virtual unknown to a national political sensation. The film had its World Premiere at SXSW 2019 where it won the Audience Award, and aired on HBO in May 2019. Additionally, she serves as Strategic Content Advisor to MSG Networks, producing on series Conference Room B and developing original content initiatives, and in 2017 was Consulting Producer on the Fox Sports television special Rollin’ with Nolan, starring Katie Nolan.

She also serves on the Advisory Council for the University of Texas Center for Sports Communication & Media at the Moody College of Communication and is a Lecturer for the Business of Sports Media class at the school.

Prior to starting her company in 2016, Rebecca spent eight years at SXSW, where she navigated multiple roles, creating and running sports-focused track SXsports, and serving as Head of Convergence Programming, where she led an internal team to redefine content strategy in the overlap between SXSW’s three major conference verticals (Interactive, Film & Music). Feferman’s tenure at SXSW began in 2008 as Head of Film Media Relations, where she also served as a Programmer until 2014 and helped establish SXSW Film as a premier international festival.

Before moving to Austin, Rebecca was a publicist at ID Public Relations in Los Angeles, representing actors Julia Louis-Dreyfus, John Krasinski and Paul Giamatti, among others. Prior to joining ID, she started her career in the National Publicity department of Warner Bros. Pictures. A proud graduate of the University of Michigan, Feferman originally hails from Albuquerque, New Mexico and is widely regarded as a solid line drive hitter in beer league softball.