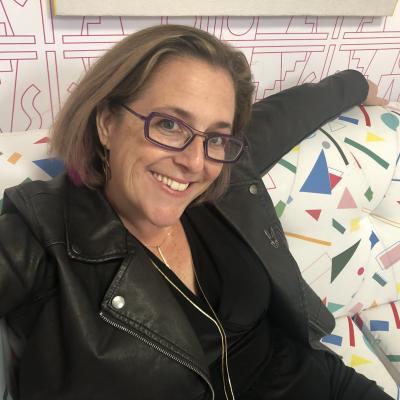 Erin Reilly is an entrepreneur, educator and strategist with 20 years of experience inventing new approaches, products, services and experiences about storytelling, engagement and learning through emergent technology. Erin is Past Board President of NAMLE (National Association for Media Literacy Education), and is ex-officio of the Executive Committee of the Academy of Television Arts & Sciences Interactive Media Peer Group, as well as serves on advisory boards, such as Disney Junior Education and PBS newly launched Hero Elementaryand Emmy-award winning Sci Girls.

As an educator, Erin currently is Professor of Practice and Inaugural Director of Innovation & Entrepreneurship for Moody College of Communication at University of Texas at Austin. In her roles, she guides faculty and students in imagining where innovation meets entrepreneurship. She has designed and launched a new specialization, Texas Immersive, to teach courses on the future of media and entertainment, and builds university-wide initiatives and fosters relationships with other academic institutions and industry partners. She has authored both academic and industry publications including Headspace VR on Medium, Fan Favorites in Strategy + Business, T is for Transmedia: Learning through Transmedia Play, and co-author of the book, Reading in a Participatory Culture.

As an entrepreneur, Erin founded ReillyWorks to creatively build connected experiences for families to get active and play together.  Current projects in development include CARPE Games, a new Augmented Reality and SMART Kit game and Winklebeans, a sensor-based toythat connects to a data-driven story world.  She is known for her social entrepreneurship activities in founding  Zoey’s Room, one of the first social media programs connected to a licensed afterschool program for young girls.

As a strategist, Erin consults with private and public companies in the areas of audience engagement, creative strategy and transmedia storytelling. She has been a frequent guest lecturer worldwide at universities as well industry conferences such as SXSW, Sandbox Summit, and Nintendo Marketing Summit. Currently, she’s a strategic consultant to Infinity Festival.

Erin was a founding member of the University of Southern California’s Annenberg Innovation Lab holding the positions of Managing Creative Director and Research Fellow from 2010-2018. Before that, she was Research Director for Project New Media Literacies at MIT and also has conducted classes as a Visiting Lecturer at MIT’s Comparative Media Studies and Harvard University’s Project Zero Summer Institute.  She is a graduate of Emerson College and has her Master of Fine Arts degree from Maine Media Workshops + College.