What does Brand Storytelling teach that translates to industry life?

The industry is changing and this is where this course was actually developed. I built it basically from scratch a few years back in response to a rapidly changing industry in the advertising and PR world where you can’t just force yourself in front of somebody anymore. Interruptive advertising is not working and people are avoiding that and same thing with traditional earned media; people are often avoiding that as well. What that brings us is the best and most interesting story always wins. Whether that’s binge watching Netflix or watching TikTok videos, those are where people are gravitating. They don’t have to sit through traditional models anymore.

So how do you become a better storyteller? It’s a big movement in the industry in the past few years. The idea that brands can use a number of tools to reach people and provide information and entertainment while doing really interesting and cool things that go beyond traditional selling...a lot of that has been driven by the rise of owned media and being able to publish or produce any type of content you want. 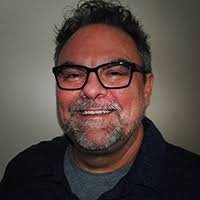 In a cross listed class how do you highlight the differences between advertising and PR to your students?

There’s a lot of overlap and it gets more and more difficult all the time, but one of the big things we do in this class is break things down on the PESO model, the paid, earned, shared, and owned model where traditional PR is really heavy on the earned side and paid media equates to traditional advertising. But again, whether it is in-house or in the agency world they are overlapping more and more.

From reading through the syllabus, I see you all do weekly projects. Could you give an example of one of these exercises and how it helps students expand their thinking?

The one we are working on right now is actually a lot of fun. Some of the things we have done previously have been a little bit more strategic (creating documents, doing strategic analysis for brands that sort of thing) and now the fun actual storytelling begins. So we are actually creating and mocking up memes and we will be doing that for the next couple weeks as a social media project which is fun and a lot of times people who are not advertising and PR majors in particular don’t get to do these sorts of things in their other classes. But again, they are learning how to tell a good story in a very concentrated amount of space for a brand.

What does it mean to say this is a  “solution oriented” class?

It’s about trying to solve business problems through storytelling and whatever that may be is a pretty powerful tool and that’s where this class started off as an advertising/ PR class but a lot of people (entrepreneurs, engineers, liberal arts) they’re all finding this class as cross listed with the Bridging Disciplines Program. It’s a very valuable tool to have - this ability to think in terms of a narrative and tell your story.

Could you quickly explain the shift to a story/content marketing approach? Is there a reason brands and companies are doing this?

Several things. It’s really more engaging. People want interesting content and, again, I’m getting back to the idea that the most interesting story always wins. So, if you’re telling an interesting story and giving people useful information or maybe something entertaining they’re going to be more interested in that than hitting them over the head with an ad; especially in an attention driven world. But it also can be far more cost effective too, but it does often require a different way of thinking.

What would you say are the biggest changes you have seen from traditional advertising and PR to modern day?

I feel like the biggest revolution is social media and that revolution is still going on all the time. Part of the thrill of being in this job and industry is things change every 6 months. I remember my first social media campaign I ever worked on was on Myspace in 2005 for State Farm. So, it's been interesting in the last 15 years to see how it has exploded and it consumes everything.