A young man who is insistent on being labelled a student-athlete as opposed to just the latter, Dylan Haines is an example of where family support and a persistent attitude can take you.

When you think of the Texas Longhorns starting safety number 14 Dylan Haines, be sure to lay all stigmas and stereotypes aside. He lives outside the bounds of empty labels sometimes attached to collegiate athletes and athletes in general.  The Austin, TX native is a member of the University of Texas football team as a student-athlete; however, an emphasis must be placed on the term student because he does. When asked about this, Dylan fell back on the teachings of his parents, who instilled in him an education is the key to success, which can be attributed to his decision to dedicated his additional year of eligibility to both football and obtaining a master’s degree in advertising. Just as Dylan is, his parents both were students at the university as well as Dylan’s grandfather and older brother. 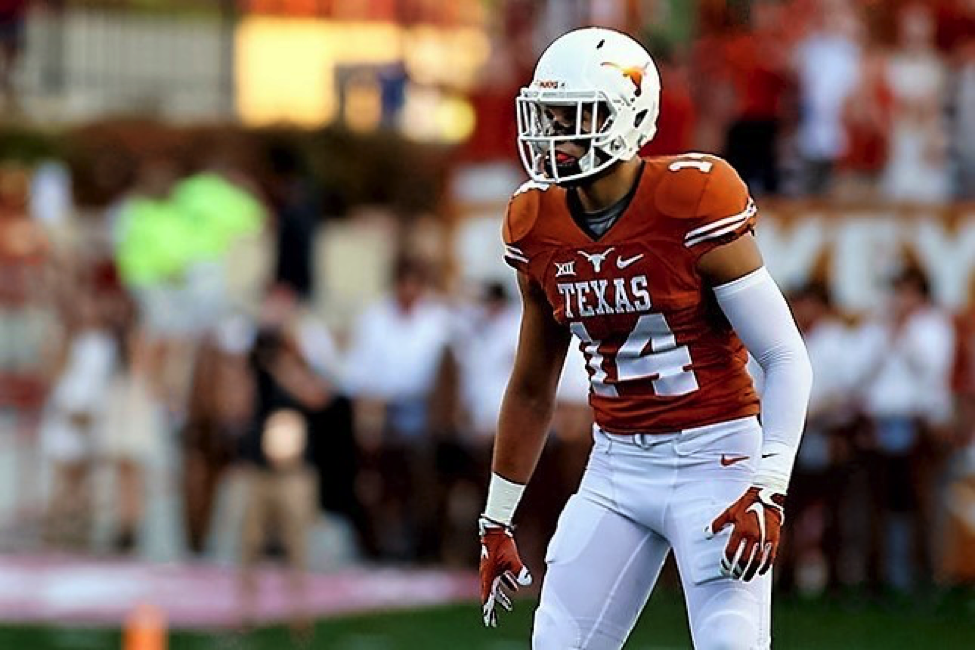 Dylan cites his father as being his biggest role model. His father entered corporate America where he made a name for himself. Though Dylan’s journey doesn’t end with corporate America as his point of destination, his desire to make a name for himself is mirrored to that of his father’s. The safety has entrepreneurial aspirations, but he most certainly wants to remain a presence in the sports profession. In his own words, Dylan states “I would also like to deal with high school recruiting for the NCAA.” In relation to his advertising degree, he believes it will suit him well because “it will further my business background,” which includes a degree in economics.

If dad is the role model, then you can most certainly bet that mom is the biggest fan. When talking about his mom, a tinge of embarrassment and appreciation sweep across his face. He expresses “Ever since I’ve been playing the last three years, she hasn’t missed a game.” She’s travelled all over the country to attend his games whether it be to Iowa, Kansas or Notre Dame.

As we wrapped up our sit down, we shifted gears and discussed the burnt orange elephant in the room. What can we expect from our Longhorn football team this upcoming season? He did not make any references to the team’s performance last season. He did, however, give us a prediction for the Red River Rivalry game of 24-17 Longhorns. If there was hesitation in that moment, you would not have noticed based on the confidence in his voice.

Regardless of where the Longhorn’s end up at the conclusion of the 2016 – 2017 season, UT will once again have another student to add to his global alumni community. Above all things, Dylan will have made himself proud as well as his family.