Billboards: our good, old, traditional form of advertising. Some people think they’re invasive, but, like them or not, they're still here in Austin. This week, we at TXADPR set out to find a few billboards (good and bad) that caught our attention in town. We then ranked them from best to worst.

YETI sustains a strong brand image and their varying marketing efforts always keeps this in mind. Their billboard above their South Congress flagship store came in at number one. The ad’s simplistic copy and design, great use of negative space, and nice play on words for the local consumers who say “North of the Domain,” won us over. YETI chose not to include any specific product in the imagery and, frankly, they didn’t need to. Well done. 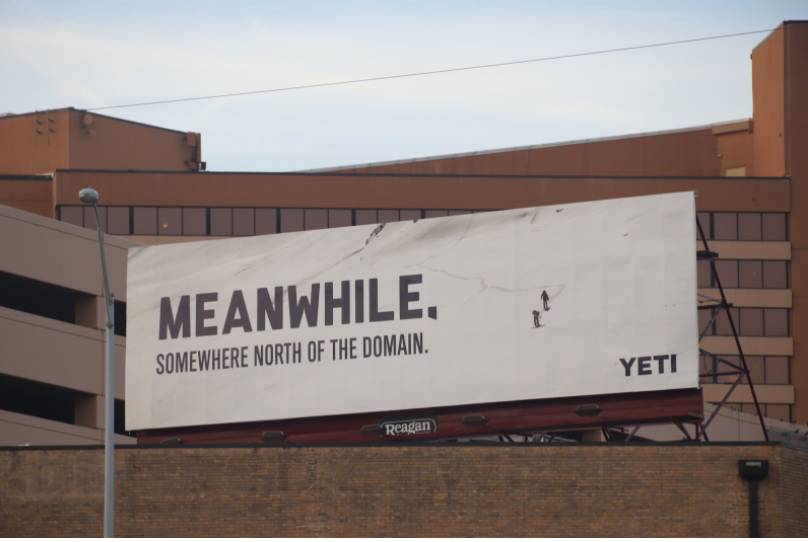 The local distillery uses the always booming tourism aspect of Austin to welcome visitors to the city. With the tagline “dive in” subtly highlighting Deep Eddy Pool (no affiliation to Deep Eddy Vodka) this fun and bubbly billboard depicts the Austin experience. Also, when the sun is shining on the billboard, certain aspects glisten and really capture your attention. Make sure you keep your eyes on the road though! 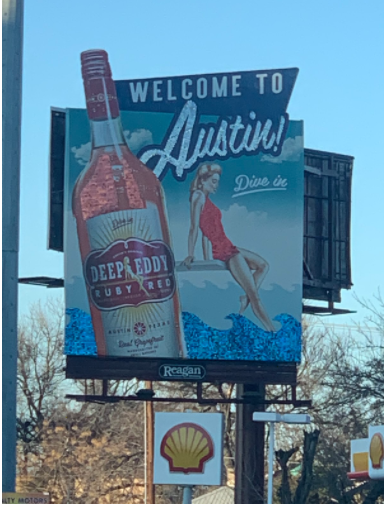 The Louisiana fast food joint has a billboard near UT’s campus that we had to mention. This billboard stands out with the tie-dye background and huge playful font. The idea seems to stem from the popular Austin motto “Keep Austin Weird,” but we’re not sure it fits for the Raising Cane brand. What do you think? 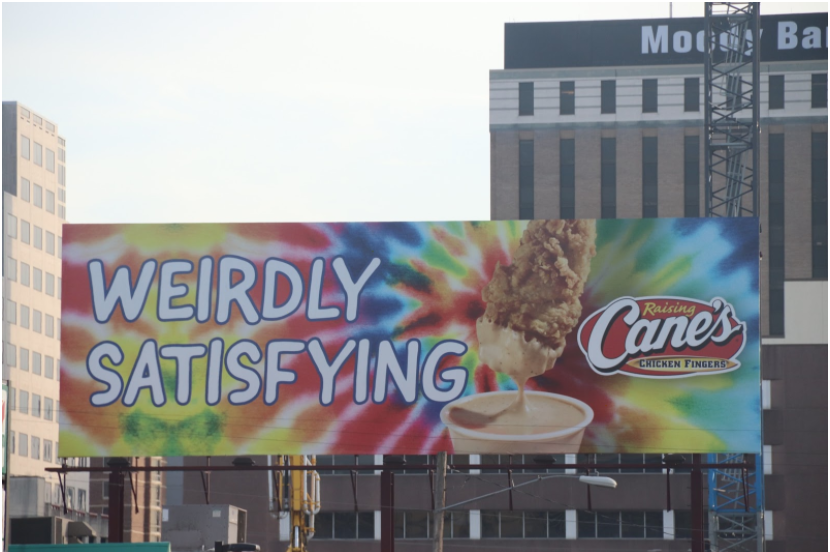 Nulo pet food is an Austin brand that many of us at TXADPR had not heard of prior to finding this billboard. The brand uses their ad to state they have the best pet food and draw people to their website. However, will that work? Should a website address live on a billboard? The ad may draw a few mindful pet owners to consider the product, but TXADPR can’t imagine many people will remember to type in the website when they arrive at their destination. Either way, we all love a good pup picture! Adding the use of a celebrity athlete endorser who loves his pup can’t hurt it either. 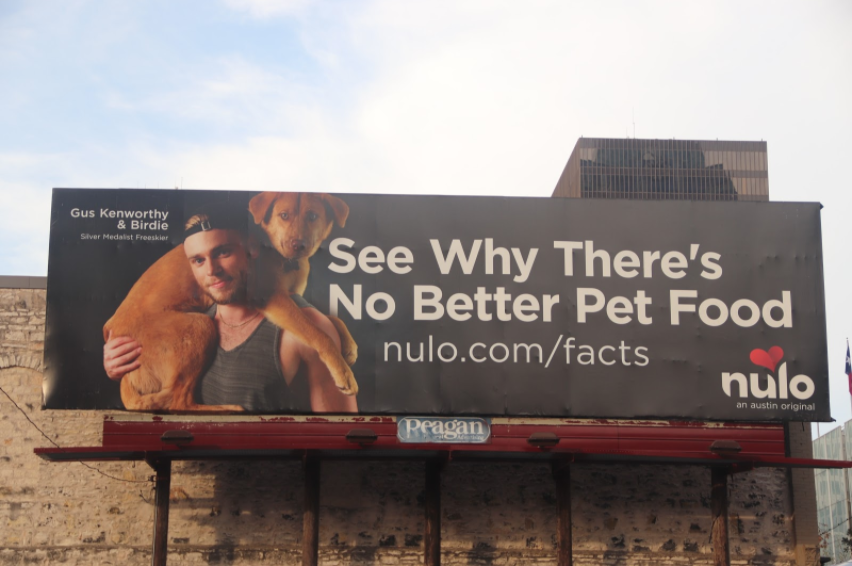 We’ve all seen the popular British gecko in advertisements throughout the years. Geico has battled for space in the ever competitive insurance market, but this one didn’t really hit the mark in our opinion. The ad is very simple and the message comes across, but there is nothing truly creative that stands out. Also, what point is the gecko trying to get across with his shrug at the bottom right of the billboard? Our team isn’t sure what’s happening, which is part of the reason we put it closer to the bottom of our list. 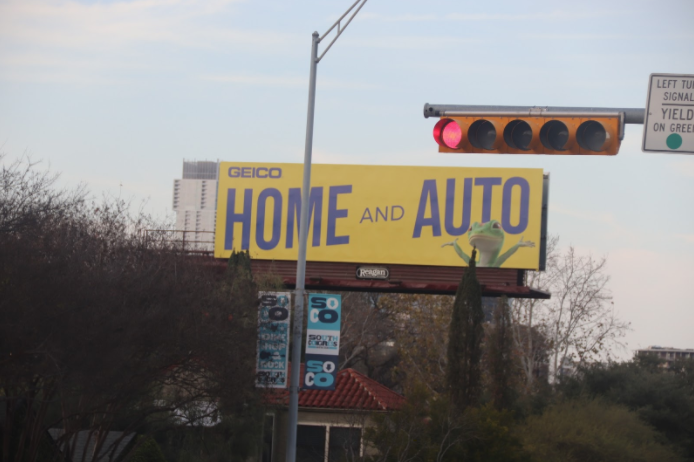 What did TXADPR get from looking at this billboard? Glad you asked. Clearly, it’s a racing event that was held in February. However, if you were driving too fast, you wouldn’t have spotted that date. Other than that, any details we were supposed to learn from this billboard were lost. While a billboard ad has to quickly make an impression and provide a message, this one is too busy for us to clearly pull away what is most important. Who is putting on the event and where will be held? 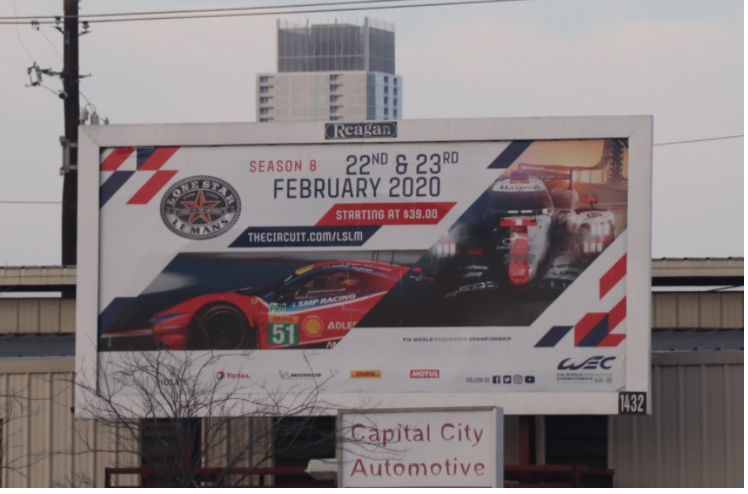 The 6 billboards we found are just a few we’ve captured this week. Did we miss any that stuck out for you in Austin? How would you rank them? Let us know on social media @TXADPR.

Words From the Industry: Ron Askew
#AloneTogether: A Letter