Just a week before the Super Bowl, the infamous “white hat” hacker group, OurM1ne, struck again, infiltrating nearly half of the NFL’s Twitter accounts. For those not familiar with the term “white hat” or OurM1ne, here is a quick breakdown. 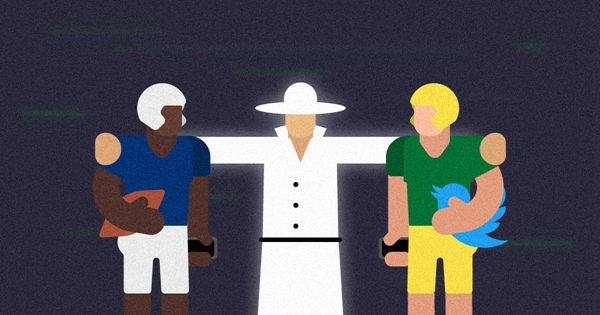 Hackers are categorized into one of three categories- white hat, grey hat, and black hat hackers.

White hat hackers refers to the legal hackers who are often paid by corporations for their ability to infiltrate and identify security holes in security systems. They are the good guys. Simple enough.

Grey hat hackers are, well ... somewhere  in between. While they aren’t necessarily malicious, they are hackers who, without permission, find vulnerabilities in a security system. They then report these findings to the owner, often times with the expectations of compensation. When that individual and or corporation refuses to comply, their database is now in the hands of a complete stranger.

Black hat hackers are where the word “hacker” gets its negative connotation. Think malware, spyware, financial fraud, cyber espionage and so on. They are the bad guys.

The source of this latest hack came from the self-proclaimed “good guys”, OurM1ne. They made a name for themselves in 2016-2017 when they hacked the Twitter and/or Pinterest accounts of Jimmy Wales (Wiki CEO), John Hanke (Pokemon GO Founder), Jack Dorsey (Twitter Co-Founder), Sundar Pchai (Google CEO), Mark Zuckerberg (duh) along with TechCrunch, BuzzFeed, and YouTube. However, all of these attacks weren’t necessarily threatening; they were an attempt to promote their security services. OurM1ne would often write posts along the lines of “Hey we just broke into your account, you should really consider hiring us to improve it”.  Until Monday, there hadn’t been a trace of OurM1ne. On that day, they hacked a handful of NFL team Twitter accounts, including the Super Bowl contendening 49ers and Chiefs, issuing similar statements. While none of these hacks have appeared to be threatening, and are geared towards self-promotion, it does raise concerns on how big names like the NFL are focusing on cybersecurity .

Whether OurM1ne is actually a white hat, grey hat, black hat, blue hat, purple hat it doesn’t matter. This is something that we, as advertisers need to be aware of. The legitimacy of these hacks magnifies the risk that all of us face working in an industry where a vast majority of our communications and work is conducted online. While we do not fit the profile of OurM1ne, the companies that will be working for do, so it is important to keep these risks top of mind as we prepare to enter the industry.

While it may seem obvious, we at TXADPR want to make sure everyone is well informed. So here are 33 tips you can use to avoid getting hacked.

The Most Notable Super Bowl Commercials
Ready Or Not