The Super Bowl is expected to be a hub for brands to reveal meaningful advertising ties into a bigger cause. With increasingly more brands speaking out on social issues, viewers are waiting with anticipation to see which brands deliver appealing content that may or may not speak on a social cause. This idea extends beyond advertising into the halftime show as well. Celebrities have weighed in on social causes by declining to perform during the Super Bowl, similar to what Rihanna did to prove a point to the NFL in solidarity with Colin Kaepernick.

NFL quarterback, Colin Kaepernick, became a controversial topic when he began kneeling during the 2016 national anthem as a silent protest against police brutality tied specifically to race and social inequality. His actions garnered worldwide attention and elicited a response from President Donald Trump, who saw the kneel as an unpatriotic and disrespectful gesture towards military members and veterans. Ultimately, the backlash and pressure led Kaepernick to opt out of the final year of his contract with the San Francisco 49ers, which allowed him to become a free agent quarterback that has yet to be picked up by another team. While some football fans see Kaepernick’s unemployment as a consequence of his actions, many others see it as reinforcement of the inequality and skepticism towards social causes in this country. 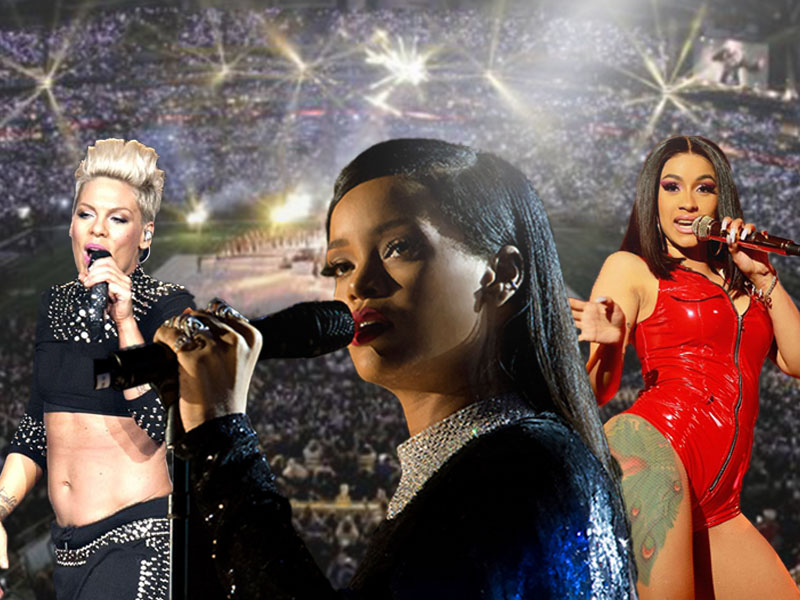 The controversy has now transpired beyond football and spilled into the music industry as many headlining artists, such as Rihanna, Pink!, Adele, and Cardi B, have turned down the offer to perform during the Super Bowl halftime show to show their support for Kaepernick's actions and the movement behind them. Typically, artists vie for the coveted opportunity to perform for an audience that reaches hundreds of millions, however, a line has been drawn for this event as performers have chosen to protest performing for critical reasons. The Faderreports that Pink said no to the NFL  “because negotiations were taking too long,” however she did not indicate any connection to players kneeling, whereas Rihanna’s manager stated to USA Todaythat “the offer and exposure would have been great for Rihanna as she’s planning a new album and tour but she stuck to what’s right in her eyes,” referencing her rebuke of the NFL’s treatment towards players. Additionally, Amy Schumer said, in support of Kaepernick, she will turn down all Super Commercial offers. After four major artists turned down the gig, Maroon 5 was the first and only band to accept the opportunity to perform. The band has received an outcry of backlash since accepting the gig and reluctantly had to cancel their press conference leading up to the Super Bowl this Sunday, NBC Sportsreported in an effort to avoid further detraction.

The controversies surrounding this year’s Super Bowl raise important questions about how social causes are impacting the reputation and brands of athletes and artists alike. Should athletes and artists be condemned for protesting a cause they believe in or should there be stronger protections for athletes to exercise their civil liberties? Will the NFL play a more active role in regulating players and owners, and selectiveness towards Super Bowl performers? These unanswered questions have serious implications that will affect viewers, athletes, advertisers, and brands and this year’s ads will hopefully stimulate a dialogue among audiences about these social issues and encourage people to become involved.

SRS Spotlight: Anthony Dudo
From the Forty Acres to the Red Carpet