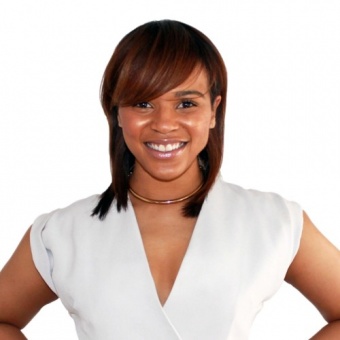 During Black History Month, TXADPR highlights African-American professionals within the advertising field and celebrates their accomplishments. This week, we are happy to acknowledge Whitney Headen, the Chief Executive Officer and founder of 19th & Park.

In 2016, after years of working in a male-dominated industry, Whitney Headen teamed up with Tashira White and Nicole Januarie to establish 19th & Park, a creative agency that directly addressed the issue of diversity within the advertising, social media, and communications industries. The agency’s presence in the market spoke to the lack of inclusion of African-American professional women in the industry and won the attention and respect from creatives and brands alike. Yet, the journey to developing 19th & Park was not a quick one. In a Forbes interview, Headen provided a glimpse into her own career journey and expressed the fact that she touched many parts of the advertising industry. Before the founding of 19th & Park, Whitney Headen worked within many well-known organizations such as BET, iHeart Media, and Essence Magazine. During those years, she gained skills related to digital advertising and sales. Over time, she also picked up other titles including, but not limited to, content producer, millennial strategist, marketing strategist, storyteller, and, now, entrepreneur and CEO.

In regards to 19th & Park, it is important to note that the agency takes a 360 approach, which makes them unique in the market. Because 19th & Park functions as a development to execution agency with a focus on development and technology, clients willingly work with them. 19th & Park has been called to work on creative campaigns for popular brands such as Issa Rae, Nike, Prudential, Smirnoff, Coca-Cola, and Intel. In past interviews, Headen admits that what they offer clients and the work they do often is based off of topics the team wishes they had seen before and topics that come up when talking with friends. However, she also states that the work offers a voice for all, not just multicultural audiences. As the agency has listed on its website, “19th & Park has been turning ideas into masterpieces for the last 10 years. As a creative agency, our goal of creating content that not only resonates with your target audience but leaves a lasting impact is top of mind.”

Please join TXADPR in recognizing Whitney Headen by sharing this article! To learn more about the great work of Whitney Headen and 19th & Park, take some time to visit the website.

Be Mine, Love Kentucky Fried
What's a Quibi?